Print
Share
loading dialog...
Alexander Robinson and Stephen Garner of Mathys & Squire explore some of the regulatory issues in the life sciences and pharmaceutical sectors that are likely to be affected by Brexit.
The UK’s withdrawal from the European Union presents legal and administrative challenges on an unprecedented scale, and will have a significant impact on anyone carrying out business at a pan-European or global level. This is especially true for companies in the life sciences and pharmaceutical sectors, which operate within a highly-regulated environment and which currently rely on a high degree of harmonisation between the UK and other EU countries.

Deal or no deal?

At the time of writing, the UK Government has failed to gain the approval of the House of Commons for the Withdrawal Agreement (WA) which has been negotiated with the EU. While further attempts to obtain Parliamentary approval for the current WA or a different agreement cannot be ruled out, the prospect of the UK leaving the EU without a deal should not be discounted either.

In the event that the WA does pass Parliament, the UK will leave the EU on Exit Day (currently set as October 31 2019) but will immediately enter a two-year standstill transition period during which the UK will remain subject to most EU law and the jurisdiction of the CJEU, essentially as though it were still an EU member. The regulatory landscape will therefore remain unchanged for most purposes during this period, subject to some exceptions mentioned below. The future relationship between the UK and the EU will then be subject to further negotiations during the transition period. It is unknown what the UK’s objectives might be in such negotiations.

In the event that the WA does not pass Parliament, the UK could - whether by design or by accident - end up leaving the EU without any agreements in place regarding transitional or future arrangements. In this no-deal scenario, the UK’s formal links with the EU’s legal and regulatory framework would be severed overnight. However, Parliament has passed legislation which will, in effect, transpose all existing EU legislation into domestic legislation on Exit Day, even in a no-deal situation. The legal and regulatory landscape within the UK would then mirror the existing EU provisions, subject to any necessary amendments (e.g. to replace references to European regulatory bodies with references to their UK counterparts). However, in the absence of any formal agreements with the EU, some UK-EU asymmetries would inevitably arise.

MAs for medicinal products are currently granted both by the European Medicines Agency (EMA) and by domestic regulators in individual EU Member States, such as the UK’s Medicines and Healthcare products Regulatory Authority (MHRA).

Certain types of product, including new active substances indicated for the treatment of AIDS, cancer, and neurodegenerative disorders, as well as orphan medicinal products and certain types of biotechnological products, must be authorised by the EMA via the Centralised Procedure, in which the EMA carries out the necessary regulatory assessments in consultation with national regulators. An MA granted by the EMA is then valid for all EU and EEA Member States.

MAs if the Withdrawal Agreement is approved

Applicants should therefore consider whether to nominate an RMS other than the UK, even in the case of MA applications filed before Exit Day, if it is likely that the application will still be pending at the start of the transition period.  It may also be worthwhile attempting to accelerate any pending MA applications which designate the UK as RMS to try to ensure that these are finalised prior to Exit Day (see UK government guidance).

The fate of applications which remain pending at the end of the transition period, whether filed via the Centralised, Decentralised or Mutual Recognition route, remains to be determined in future negotiations. However, it seems probable that the UK will treat these at least in line with the corresponding no-deal provisions.

MAs in a no-deal scenario

In a no-deal scenario, it will be necessary to apply separately for MAs in the UK and in the EU. EU MA holders and applicants must be based in the EU or EEA, and therefore the ownership of any granted or pending MAs covering EU countries will need to be transferred to an EEA-based entity prior to Exit Day (see the EMA’s recent Q&A document and “Notice to Stakeholders”).

The MHRA will replace the EMA as the regulator for all types of medicinal product in the UK. Any MA granted in the UK via the Decentralised or Mutual Recognition Procedures prior to Exit Day will remain in force. The UK is currently legislating for transitional provisions which will convert MAs granted via the Centralised Procedure into UK MAs on Exit Day; holders of Centralised MAs will also be able to opt out of such conversion during a limited period. The MHRA intends to write to MA holders setting out the conversion and opt-out procedures in further detail ahead of Exit Day.

Where MA applications are still pending on Exit Day in a no-deal scenario, the approach taken by the MHRA will depend on the stage of assessment which has been reached. In short, it currently appears that the MHRA intends to follow or take into account any opinions or decisions which may have been reached as part of the assessment procedure. However, in some circumstances the MHRA may need to perform a fully independent assessment and may also diverge from the decisions of the relevant EU bodies (e.g. by granting a UK MA where the corresponding MA within the EU has been refused).

One notable feature of the no-deal preparations is that the MHRA intends to introduce several new fast-track routes of assessment in the UK for certain types of product such as new active substances and biological and/or biosimilar active agents. A “rolling review” procedure has also been proposed for new active substances, which intends to provide ongoing feedback to avoid certain regulatory barriers to the grant of an MA during research and development. Details of these new routes are still under development.

Despite the new fast-track routes which are proposed, the increased workload for the MHRA in a no-deal situation is likely to lead to slower authorisation overall, while the loss of the MHRA’s capabilities from the European regulatory framework could also lead to delays in the corresponding European authorisation procedures.

At present it appears that the EU Regulations concerning SPCs will be transposed directly into domestic law on Exit Day, meaning that SPCs will continue to be available in the UK via essentially the same system as at present whether or not a deal is agreed.

In a no-deal situation, some discrepancies between the UK and EU SPC regimes would arise nevertheless. For example, the duration of an SPC is calculated based on the date of the first MA to place the authorised product on the market in the EU or EEA, and this provision will be retained in the UK. Where the earliest MA in respect of a product is an EU or EEA authorisation, both the UK SPC and any corresponding EU SPCs will therefore have the same term. By contrast, however, where the earliest MA is a UK authorisation, the UK SPC will have a shorter term than any corresponding EU SPCs, as EU Member States will not take account of the UK authorisation in the absence of a reciprocal agreement.

After Brexit, and in the absence of any deal to the contrary, courts in the UK will not be bound by the case law of the CJEU. The UK Supreme Court will be the final arbiter on SPC matters, and will be permitted to diverge from past CJEU decisions if it sees fit. The perceived deficiencies in the SPC Regulations have given rise to a large body of references to the CJEU in recent years, and the resulting CJEU decisions have been criticised for a lack of clarity.

Brexit may therefore provide an opportunity for the Supreme Court to diverge from the CJEU’s interpretation of the SPC legislation, for example with regard to determining whether a product is “protected by” a basic patent, or in deciding whether to allow SPCs for medical devices. It is too early to say how far the UK may seek to diverge from the EU, although the Swiss SPC system may provide an interesting precedent for SPC legislation and jurisprudence outside the EEA.

The grant of an MA provides a period of eight years of data protection, preventing MA applications for generic versions of authorised products from relying on the data submitted in support of the earlier MA. A further two years of market exclusivity (extendable by one year in some circumstances) are also provided, barring entry of generics onto the market.

The UK intends to retain these provisions after Brexit, with the data and marketing exclusivity periods being calculated based on whichever is the earlier of a UK or EU MA. As with SPCs, this would create a discrepancy between the exclusivity periods available in the UK and EU in a no-deal situation as EU states would not take account of an earlier UK MA.

The UK government intends to review the Regulatory Data Protection provisions within two years of Brexit to ensure that the UK remains competitive, and therefore changes to these provisions cannot be ruled out. However, it is too early to say what alterations, if any, might be made.

MAs, SPCs and regulatory data protection are among the key regulatory matters which life sciences IP practitioners and their clients will be concerned about due to Brexit. Other issues to consider include orphan designations, parallel imports, the conduct of clinical trials, and pharmacovigilance. In many cases, the relevant legislation preparing the UK for life after Brexit is still in draft form, and MHRA guidelines are still being developed. Companies in the life sciences and pharmaceutical sectors, and IP practitioners, should therefore keep a close eye on any further announcements as Brexit approaches.

The opinions expressed are those of the author(s) and do not necessarily reflect the views of the firm, any other of its practitioners, its clients, or any of its or their respective affiliates. This article is for general information purposes only and is not intended to be and should not be taken as legal advice.

Alexander Robinson is an associate who specialises in pharmaceutical subject matter, with a focus on contentious EPO proceedings. He also takes a close interest in wider issues of law, policy, and regulatory affairs relevant to the life sciences industry.

Stephen Garner is a partner with a practice which focusses on pharmaceutical and biotechnology patents, SPCs and related rights. He specialises in opposition and appeal proceedings before the EPO. 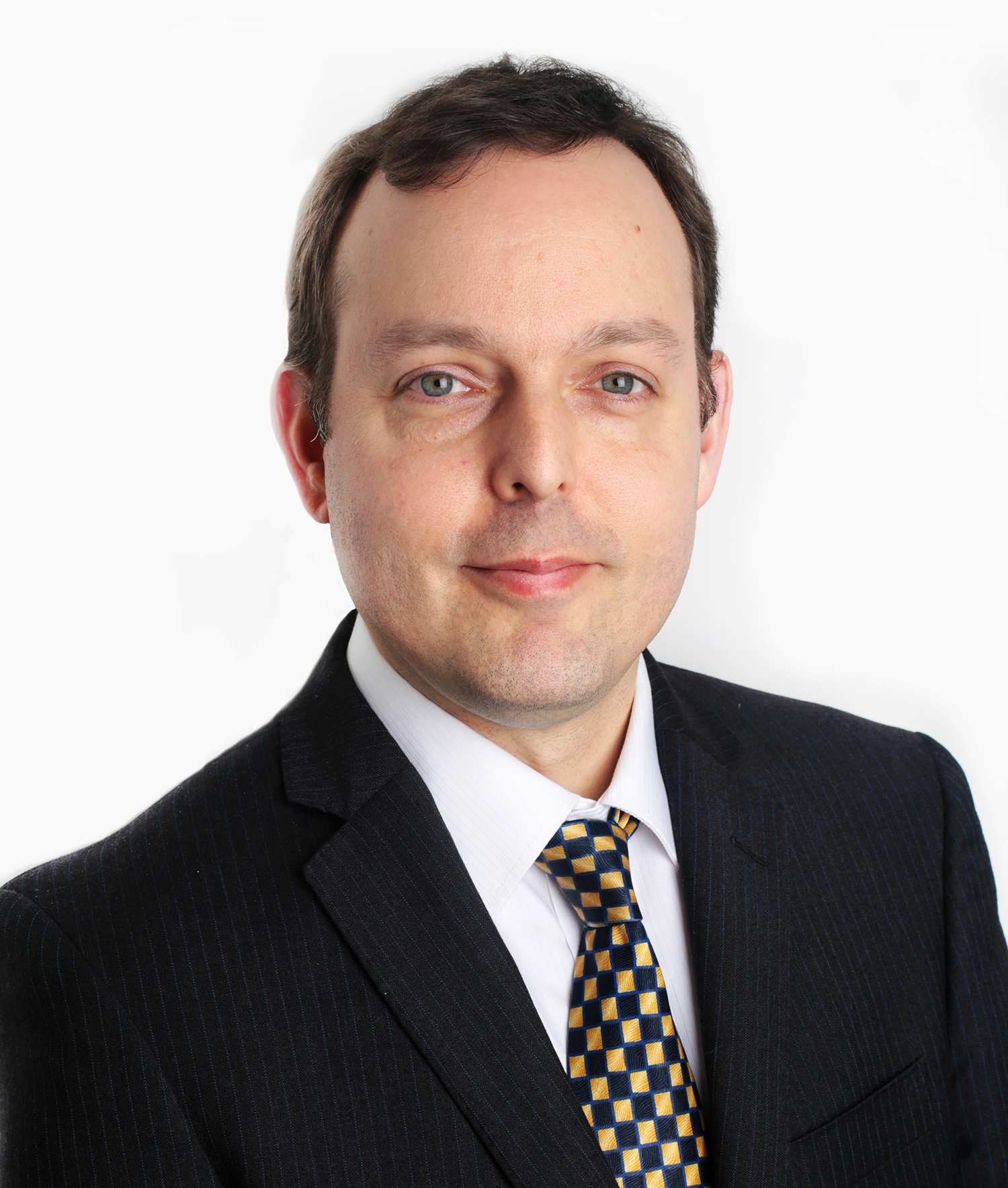