CAR-T adoption races ahead but obstacles lie in wait

In a significant development for both adoptive immunotherapy and the British healthcare system, NHS England entered into an agreement with Novartis to offer its CAR-T therapy, Kymriah, to children with advanced leukaemia. This deal follows quickly behind the European Medicine Agency’s (EMA) approval for Kymriah (officially known as Tisagenlecleucel) for use on paediatric and young adult patients with B-cell acute lymphoblastic leukaemia (ALL). Kymriah is part of a new wave of cancer treatments known as adoptive cell therapies, in which immune cells (particularly T cells) are removed from the patient, modified in the laboratory and returned to the patient. In the case of Kymriah, the cells are modified to express a chimeric antigen receptor (a CAR), a synthetic receptor that recognises a target antigen that is found on the patient’s cancer cells.

Essentially, the patient’s immune cells are redirected by the CAR, allowing them to recognise and kill any cells that express the target. When the engineered immune cell binds to its target protein, intracellular signalling is triggered within the cell, activating the T cell. The activated CAR-T cell is stimulated to divide and produce factors resulting in a killing of the cell expressing the target protein. CAR-T therapy is therefore useful to provide to a subject, or enhance within a subject, an immune response to cells expressing the target protein.

While the CAR-T therapies that have recently been approved use CARs having a relatively simple structure, the many CAR-T therapies currently in phase I/II clinical trials include treatments employing CARs having more complex structures (so-called third generation CARs). Different combinations of intracellular signalling domains provide for initiating signalling through different intracellular pathways, allowing the fine-tuning of the kind and quality of signalling triggered by target binding and the activity displayed by activated CAR-T cells.

There are also a number of approaches designed to enhance the effectiveness of CAR-T therapy, including modifications to improve long-term survival in vivo of cells engineered with CAR constructs, strategies to improve homing and penetration to the site(s) at which their activity is required, and modifications to increase resistance to factors that would otherwise inhibit CAR-T cell activity (e.g. in the immunosuppressive tumour micro-environment).

Meanwhile, there are also ongoing developments designed to minimise side effects associated with CAR-T therapy. CAR-expressing cells may cause the killing of cells which should not be eliminated (the target protein may be expressed by cells other than the target cells). Approaches include the use of constructs providing for the inducible (rather than constitutive) expression of CARs. A particularly exciting recent innovation from Professor Wilson Wong’s lab at Boston University is the split universal and programmable (SUPRA) CAR, a platform providing the ability to switch target protein without having to re-engineer the T cell and fine-tune T cell activation strength. In addition, there are currently a number of complementary technologies also under development, aimed at significantly reducing the per-patient cost of CAR-T therapy.

The NHS’ recent deal with Novartis, making Kymriah available so soon after marketing authorisation, is an important and positive step for adoptive cellular immunotherapy for a number of reasons.Most importantly, it shows that the NHS is embracing bold, new technology, as it is the first adoptive cellular immunotherapy approved in Europe. This is a big step away from traditional approvals, which usually relate to compounds and compositions of precisely known formulas.

This demonstrates that Europe, and particularly the NHS, are supportive environments for this kind of technology and a great place to develop it. Being at the forefront, the UK could develop a reputation for excellence in this space, attracting talent and further investment. As a result of this, having enforceable IP rights in the UK will be even more valuable.

In turn, this will provide impetus for companies to invest in and develop CAR-T therapies, because the UK is a viable market for this technology. While it is unlikely that the NHS is paying the list price of £282,000 per patient, this treatment is extremely expensive, and there was understandably some concern that governments would not be supportive at all. Indeed, NHS funding for the use of Kymriah to treat adult patients with relapsed/refractory diffuse large B-cell lymphoma has been refused by NICE for not being cost-effective.

The adoption of Kymriah for paediatric and young adult patients with B-cell ALL is good news for innovators, by offering the potential for obtaining a return on investments. Patents and knowhow will likely play an important role in achieving this return, and indeed, Juno Therapeutics (recently acquired by Celgene) was already enforcing its IP rights against Kite (acquired by Gilead in 2017) in this space before the first CAR-T therapy had been approved.

The UK-based production facilities will be among the first in Europe to produce CAR-T cells, and healthcare professionals will soon have first-hand experience in the clinic. This puts UK researchers at the forefront of innovation, and the improvements and refinements that they develop (such as in the generation, production, storage, formulation, administration or selection of cells) could become recognised standards as the technology rolls out across the world. Many of these developments will of course give rise to patentable inventions, some of which could become valuable standard patents.
Meanwhile, select UK hospitals will become internationally accredited to administer CAR-T therapy now, paving the way for easier/quicker administration of new CAR-T therapies for patients around the world, which are generally complex to administer.

Despite Brexit, the future is positive

With the treatment now EMA approved, it has potentially set a precedent that means it will be easier to obtain approval for further cell therapies. The no-deal Brexit impact papers issued by the UK government last month indicated that even if the UK leaves without a deal, products authorised centrally by the EMA (rather than nationally by the Medicine and Healthcare products Regulatory Agency (MHRA)) will be recognised in the UK. Given that the UK has entered into a supply deal with Novartis in just under 10 days after the EMA approval, it is likely that the MHRA will be supportive of further CAR-T approvals, as the EMA has been for Kymriah and Yescarta (Kite’s competing product).

Historically, the UK has been a good place to acquire approval, with a large proportion of the EMA approval department based in the MHRA. This practical and sensible approach to approvals may continue at the MHRA, after the EMA has migrated to Amsterdam, particularly as some experts presently employed by the EMA are likely to decide not to move with it.

Do barriers loom ahead?

Due to the costs of these therapies, they are most likely to be focussed on rare diseases for which no other therapeutic options are available. If there are simply not enough patients with the disease in the UK, this could be problematic for UK-based clinical trials, if such trials can no longer access patients from across the EU. In order to participate in EU-wide trials, the UK will be required to comply with the new EU clinical trials regulation. Although the UK is implementing this regulation now, the UK could not withdraw from this piece of EU law after Brexit. Whatever happens, participation in pan-EU trials is far from certain, as UK-based researchers are likely to experience reduced access to EU funding and collaboration schemes.

In addition, due to the complexities of adoptive cell therapies, clinical trials and subsequent adoption of these therapies are likely to utilise centralised cell processing facilities to treat cells from patients treated at multiple sites, rather than individual hospitals developing their own expertise. It is uncertain whether such facilities would be cost-effective for treating only rare disease patients from the UK, and EU countries could be reluctant to send their patients’ cells to a third country for processing.

Another consideration is that the treatment requires the cells to be healthy at all stages of the procedure – from extraction, to processing, right through to the return to the patient. As such, this therapy is extremely sensitive to fluctuations in environmental conditions (temperature, humidity etc.), as well as to time delays. Any problems crossing the UK-EU border could render the cells unusable. EU physicians may favour EU-based cell processing plants to avoid this risk, resulting in reduced business for UK-based facilities. These facilities could become unviable in combination with the limited number of patients in the UK.

If companies do not develop central processing facilities in the UK, patients could lose out. The problems identified above with respect to sensitivity of cells apply equally to cells from UK patients being transferred to the EU for testing. We already know that various companies (such as Novartis which is investing $90.4 million in a new Swiss facility to produce Kymriah) are establishing facilities in the EU. The extent to which UK patients would be able to benefit post-Brexit is unclear.

At present, the UK receives a large share of EU research funding, and it is worth noting that a key issue for innovators following Brexit will be access to this finance. Adoptive cell therapies are extremely expensive to develop, and without access to EU funding sources and collaborators, development of the next generation of therapies could be hampered. With such positive recent success, we can only hope the impact will not be significant. 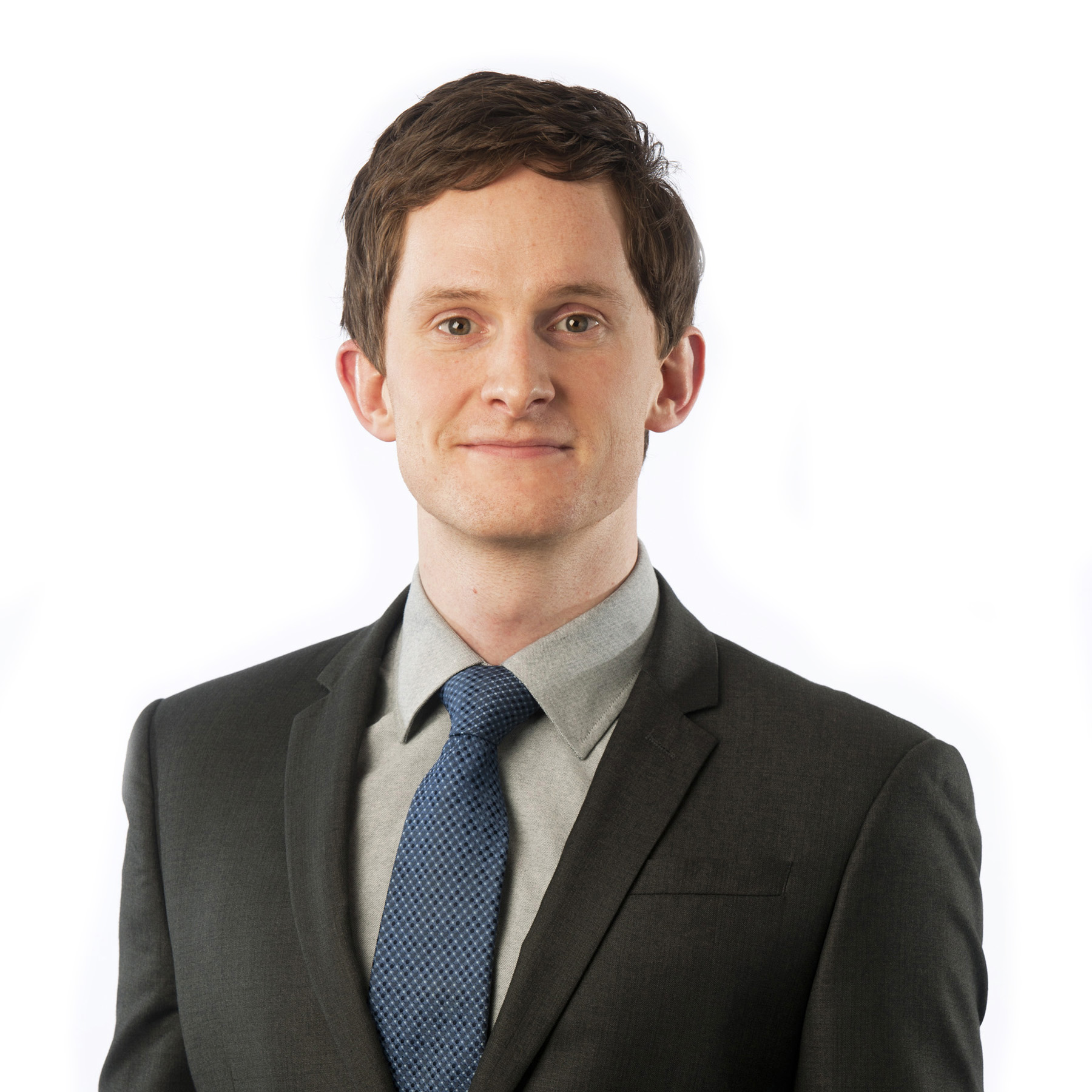