Paul A Ainsworth and Lauren A Watt of Sterne Kessler Goldstein & Fox examine the extent to which the proposed Biologic Patent Transparency Act will reduce patent thickets, increase transparency and competition in the biologics industry.


In March 2019, United States Senator Susan Collins introduced bill S. 659, entitled the Biologic Patent Transparency Act (“BPTA”). Collins and other sponsoring senators promise that if enacted, the proposed bill will “increas[e]  transparency in the patent process and reduc[e] patent system abuses by brand name drug companies.”[1] In particular, they assert it will reduce the negative impact of “patent thickets” by requiring companies “to publicly disclose the web of patents that protect their biologics,” thereby “making it easier for competitors to evaluate and plan for the development of generic versions of these drugs.”[2]

Although it may offer some improvements, the BPTA, as currently drafted, seems unlikely to deliver the full outcome the senators promise. Biosimilar makers should be aware that while a more user-friendly Purple Book may assist in assessment and preparation for litigation, the proposed changes won’t necessarily trim the patent thicket surrounding biologics. Moreover, changes to the timing and structure of disclosure of patent information could push biologic makers to barricade their products further in defense of yet unknown competitors.

Under the Biologics Price Competition and Innovation Act (BPCIA), the subsection (k) applicant and the reference product sponsor exchange confidential information through a multi-step process that can take place over the course of several months. The process is not mandatory,[3] but through this “patent dance,” the parties can identify relevant patents at issue and resolve disputes.

The first step of this process includes disclosure of the subsection (k) application to the reference product sponsor within 20 days of its acceptance for review.[4] In exchange, within 60 days of receipt of the application, the reference product sponsor provides a list of patents for which a claim of infringement could reasonably be asserted.[5] It can also provide a list of patents that it is willing to license to the subsection (k) applicant. Within 60 days of receipt of the reference product sponsor’s list, the subsection (k) applicant can provide its own list of patents that it believes are relevant, accompanied by an opinion regarding their invalidity, enforceability, and non-infringement positions.

The reference product sponsor can then respond, and the parties can engage in “good faith negotiations to agree on which, if any, patents” should be subjects of an infringement suit.[6] If the parties come to an agreement, the sponsor has 30 days to bring an action; if the parties do not agree, the parties can undertake a subsequent round of exchanging patent lists.[7]

The BPTA would add preliminary steps to the dance. Within 30 days of approval of an application under subsection (a) or (k), the holder of the application would have to submit a list of patents that they “believe[] a claim of patent infringement could reasonably be asserted…with respect to the biological product that is the subject of such license.”[8] If they fail to timely disclose a patent, they are barred from asserting infringement on that patent in litigation.[9] Should any new patents be issued that are relevant, the applicant has 30 days from the patent’s issuance to update its submission.[10]

The BPTA is offered as a figurative song list before the start of the patent dance, with the intent of providing more information upfront to make a subsequent exchange more efficient. Ideally, an applicant would identify relevant, substantive patents and, as the bill’s sponsoring senators suggest, this would enable companies to make more efficient decisions about their products. But this is unlikely to be the reality of the provision, if enacted. Instead, with the looming threat of being barred from asserting infringement on any late-listed patents, companies may be motivated to submit any patent that is even mildly relevant.

For subsection (a) applicants—biologic makers that tend to have large patent portfolios—this could lead to a patent dump rather than a tailored list as they try to anticipate all future competitors and products. Moreover, the language of the BPTA is broad and does not offer guidance as to what should be included in the submission beyond what “could reasonably be asserted by the holder.”[11]

On its face, this appears broader than the patent information for the Orange Book, which is limited to “any patent which claims the drug for which the applicant submitted the application or which claims a method of using such drug and with respect to which a claim of patent infringement could reasonably be asserted.” 21 U.S.C. § 355(b)(1)(G). Thus, the patent submissions contemplated by the Purple Book could include, for example, patents claiming products other than the reference product, methods beyond the approved uses of the reference product, as well as manufacturing processes.

With the use of their patents on the line, companies will have every incentive to list any and all patents that are remotely applicable to their product. As a result, the multi-step, partnered patent dance will essentially be preceded by a mosh pit of various patents, with any particularly noteworthy ones hidden in the crowd.

Another more promising objective of the BPTA is to require the Purple Book to be reformatted into a “single, easily searchable list,” which will include:
Currently, the Purple Book is a fairly bare-bones chart that indicates the name of the licensed biological product, licensure dates, the reference product exclusivity expiration date, and whether there are any biosimilars for the product.[13] It does not provide any patent information. The BPTA’s proposed changes would bring the Purple Book closer to the structure of the Orange Book and more in line with what users have come to expect of a central, online database.

A revised Purple Book is likely to provide some of the transparency senators have promised, and companies would surely appreciate more information upfront. However, biologic companies in particular may feel that they are being saddled with an uncompensated burden by having to disclose information so early and outside of the give-and-take context of the patent dance.

Overall, if legislators hope that the BPTA will resolve “skyrocketing drug prices”[14] and “legal tricks contributing to higher prices,”[15] they risk disappointment. Any resulting improvements or efficiencies are unlikely to have a revolutionizing impact. Arguably, lawmakers are looking in the wrong place for their solution, as their frustration seems to be with the sheer number of issued patents surrounding biologic products rather than the manner in which the patents are disclosed to biosimilar makers.

The BPTA provides a solution for insufficient notice of patents, but that is not the root cause of patent thickets. Rather, as long as a company obtains and holds a valid patent, it will be their prerogative to assert it against competitors in the market and utilize any available legal remedies. Thus if the goals it to cut through patent thickets and the obstacles they set for low cost medicines, lawmakers shouldn’t count on the patent dance to solve this problem, as the patent dance stage may be too late in the process to enact real change.


The opinions expressed in this article are those of the author(s) and do not necessarily reflect the views of the firm, any other of its practitioners, its clients, or any of its or their respective affiliates. This article is for general information purposes only and is not intended to be and should not be taken as legal advice. 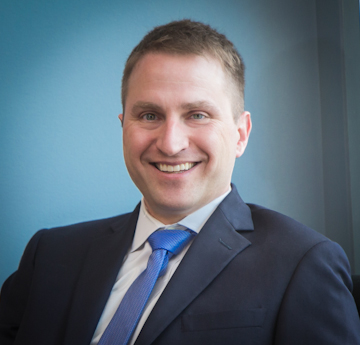 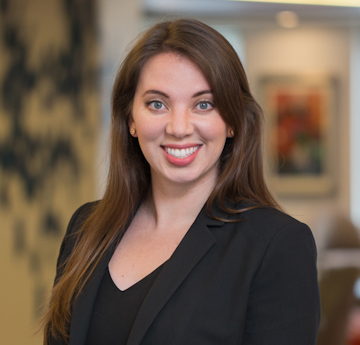