85 awards, including for corporate social responsibility and in-house achievement, were presented at Managing IP’s 12th Global Awards dinner at The Savoy in London on March 9. 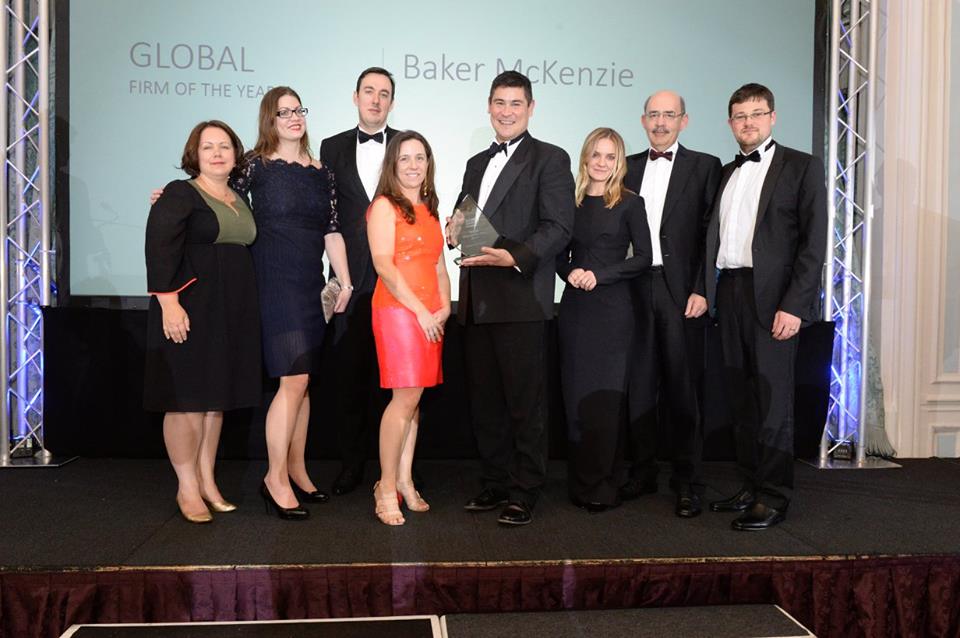 Attending the dinner were 300 guests from 89 firms and 44 countries. The 85 awards on the night recognised outstanding achievements and IP work in the past 12 months. A live auction and collection also raised money for Managing IP's charity partner, AMREF/ORBIS.

Baker McKenzie and Rouse took home the most awards, five and three respectively. Ireland Prosecution, Europe IP Transactional, and Eastern European Firm to Watch were some of the new awards for 2017. Two special awards were presented: Corporate Social Responsibility (CSR), for groundbreaking and bold initiatives, and Outstanding Achievement, for individuals outside private practice.

This award went to IP Inclusive, a project designed to improve "equality, diversity and inclusivity" in the UK IP profession. This was Managing IP’s first ever award for CSR. Receiving the award on behalf of IP Inclusive were Andrea Brewster and Lesley Evans.

This year’s winner is Richard Hart of Infineum, whose work in the G1/15 case led to the EPO Enlarged Board of Appeal decision which clarified that European patent applicants are entitled to claim partial priority. This decision brings to an end the uncertainty and difficulties faced by EPO applicants in what is commonly known as "poisonous priorities/divisionals".

Click here to find out about all the winners and what the receipients of the two special awards said.

The shortlists and winners were chosen by our team of research analysts, with guidance from Managing IP editorial team. These are based on the research for the 2017 edition of IP Stars. Researcher analysts look for distinctive work highlights, especially significant client matters, and other notable activities including business growth. Any firm, regardless of tier ranking, can be shortlisted for or win an award. Just like our rankings, firms cannot self-nominate or seek to influence the decision-making process.

The award categories vary each year, with awards added or removed. This year we had one award category for most jurisdictions but in some there were more than one, which reflects IP Stars rankings. We also had special and regional awards.

Managing IP will publish reasons for each of the awards in the May issue of the magazine. Photos from the dinner are now available on our Facebook page. The North America Awards, recognising firms and individuals in Canada and the United States, will be held in Washington DC on March 23.

The shortlists and winners of Managing IP awards in previous years can be found at www.managingip.com/Awards.html