In January 2019, the USPTO issued its latest guidance on subject matter eligibility, and in March it offered public training for patent attorneys on the new guidance.  Taken together, the guidance and training offer promise of greater certainty for patent attorneys in drafting a patent application’s specification and claims to satisfy eligibility requirements.  The new guidance introduces a new consideration (integration into a practical application) and excludes a prior consideration (whether an activity is well-understood, routine and conventional) from the first part of the abstract idea inquiry under Alice/Mayo.

Background to the guidance

The inquiry into whether subject matter is patent eligible has been repeatedly transformed over the past seven years.  Long treated, for the most part, as a foregone conclusion, subject matter eligibility for claims otherwise failing within one of the statutory categories (process, machine, article of manufacture, or composition) was upended by a trio of US Supreme Court cases between 2012 and 2014.
The first, Mayo, established a two-prong test for judicial exclusions relating to laws of nature.  The most recent, Alice, applied the same two-prong test to abstract ideas and, as subsequently applied during examination, to every possible invention.  Under the Alice/Mayo test, the decision maker first determines whether the claims are “directed to” a judicially-excluded law of nature, natural phenomenon, or an abstract idea.  If so, the decision maker then determines whether any element or combination of elements is sufficient to ensure that the claim amounts to “something more” than the judicial exception.
From the outset, the USPTO guidance on subject matter eligibility left sufficient ambiguity to effectively allow the underlying “exclusionary principle [to] swallow all of patent law” when applied during examination.  Using examples modeled after judicial decisions finding specific claims either eligible or ineligible, the guidance fails to definitively answer questions such as when a claim is “directed to” (as opposed to merely “involving”) a judicial exception, what makes an idea “abstract,” and when limitations amount to “significantly more” than a judicial exception.  The guidance thus leaves a large grey area between claims that a patent attorney would consider most likely eligible versus those that are most likely ineligible.

Strategies prior to the recent guidance

Prior to recent USPTO guidance, prosecution strategies focused on emphasizing the technical nature of the invention.  Patent attorneys drafted specifications to identify a technical improvement—that is, a technical solution to technical problem, akin to the European eligibility requirements—and drafted claims to “reflect” that technical improvement.  Prior to Alice, patent drafters avoided identifying specific problems being addressed by the inventors for fear of those problems being used to require narrow claim construction during enforcement.
Since Alice, however, patent drafters not only identified the problem(s) being addressed, but also identified features of the solution that provide an improvement over alternative solutions to the problem(s). New or unconventional structures or process steps described and claimed might include the organization of database records or table entries, filtering or internet content, or automation of lip synchronization and facial expressions for animated characters.  Similarly, novel results might include hybrid webpages or a user interface for performing specific data processing tasks — even those relating to fundamental economic activities such as stock trading.
Alternative drafting and prosecution strategies keyed off whether the order of process steps (or performance of hardware functions) was significant, whether particular interactions or communications facilitate solving a technical problem, explicit recitation of receiving input from hardware such as sensors (to distinguish process that can be performed mentally), and explicit recitation of use of any data processing output.  However, the implementation of the USPTO guidance by examiners remained unpredictable.  For every judicial decision affirming eligibility that an applicant could argue was analogous, other decisions finding ineligibility could be cited by an examiner as analogous.
Appeal to the Patent Trial and Appeal Board was often necessary to obtain objective consideration of the arguments, giving rise to a sense that many units within the USPTO were deferring decisions on patent eligibility to the Board by simply maintaining rejections until appealed.  Appeal rather than amendment and/or request for continued examination became a prevalent recommendation by patent attorneys when a client wished to continue pursuing patent protection for an invention rejected for lack of subject matter eligibility. Within the past year, the USPTO has issued guidance relating to the Federal Circuit decision in Berkheimer v. HP Inc and has implemented revised examination procedures for the two-prong Alice/Mayo test.  Both actions provide signposts for patent attorneys on patent drafting and prosecution strategies moving the needle off the intermediate grey area and onto “most likely eligible.”

Documentation of technical improvements within the specification and file history provides one drafting and prosecution strategy under the USPTO’s Berkheimer guidance.  Berkheimer addresses the question of whether a claim recites “something more” than a judicial exception.  For a claim otherwise reciting only the judicial exception, recitation of “well-understood, routine, and conventional” structures or activities was held by Alice not to save the claim from ineligibility.  Thus, merely reciting a generic computer or a routine genetic processing step is not enough to convert a patent-ineligible claim into an eligible one.

Berkheimer acknowledges the existence of a factual inquiry in an otherwise legal subject matter eligibility determination.  On petition for en banc rehearing of Berkheimer, five Federal Circuit judges concurred with the per curiam denial, agreeing that the decision stands for “the unremarkable proposition that whether a claim element or combination of elements would have been well-understood, routine, and conventional . . . is a question of fact.”

The Berkheimer guidance opens specific avenues for patent attorneys to argue eligibility.  Statements with the specification that particular structures or processes were (or are believed to be) unconventional and/or previously unknown, or similar statements made during prosecution in a Rule 132 declaration by the inventor(s) can tip the evidentiary scale in favor of the applicant on the nature of any claim limitations not reciting a judicial exception.  However, adherence to the Berkheimer guidance by individual examiners has been inconsistent, necessitating appeal in many instances.

Often, examiners merely assert that additional claim limitations are insufficient to amount to significantly more than the judicial exception without using the language “well-understood, routine and conventional.”  Moreover, the Berkheimer guidance provides incentives to examiners to characterize as much of the claim as possible as merely reciting a judicial exception, including by combining abstract ideas and asserting that structures or activities are “inherent” to the judicial exception.

More recent USPTO guidance on the implementation of the two-prong Alice/Mayo test shrinks the grey area between eligibility and ineligibility and opens new strategies for patent attorneys—at least as to the judicial exception for abstract ideas.  In its March 2019 training, the USPTO clarified that “abstract” ideas were only those falling within certain groupings:  mathematical concepts involving formulas, equations, or calculations; processes capable of being performed mentally such as observation, evaluation, or judgment; and “certain methods of organizing human activity” such as fundamental economic principles or practices, commercial or legal interactions, and managing personal behavior, relationships or interactions.  Examiners are required to identify specific claim limitations believed to recite such an “abstract” idea, affording patent attorneys an opportunity to draft claims reciting “something more.”
Of greater significance is the division of the first step of the Alice/Mayo test into its own two-prong inquiry.  The prior inquiry of whether the claim recites a judicial exception remains as the first prong.  However, a second inquiry has been added as to whether the claim also recites additional elements that “integrate the exception into a practical application.”  Importantly, whether those additional claim elements represent only well-understood, routine, and conventional activity is not a consideration in this sub-inquiry—that consideration remains a factor only in the “something more” analysis under the second part of the Alice/Mayo test. In other words, this sub-inquiry shifts novelty and non-obviousness out of the abstract idea portion of the eligibility analysis.  The USPTO training materials also provide specific considerations, guidance on what should be found in the specification and claims, and identification as to which prior guidance examples are changed or unaffected, together with new examples. 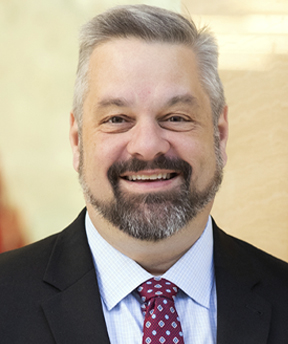 Daniel (Dan) E. Venglarik is a partner in the technology/intellectual property law group. The opinions expressed are those of the author(s) and do not necessarily reflect the views of the firm, any other of its practitioners, its clients, or any of its or their respective affiliates. This article is for general information purposes only and is not intended to be and should not be taken as legal advice.