Denim giant Levi Strauss & Co has recently won a trade mark infringement case against Dutch retail chain Hema concerning its famous V-shaped stitching on the back pockets of its jeans.

The Arcuate mark
The dispute did not concern the word mark LEVI STRAUSS nor the characteristic red label flag (also known as The Red Tab), but covered the famous V-shaped stitching pattern also known as the Arcuate mark. The Arcuate pattern has been registered in the Benelux as a figurative mark since 1981. In addition, Levi Strauss is the holder of an EU figurative mark registered in 2004. 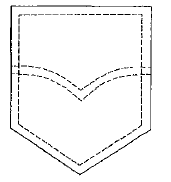 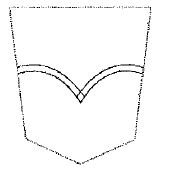 Non-identical signs
Along with its trade mark application, Levi’s submitted a more detailed description of the sign, describing the mark as “the design of two curved lines positioned in the design of a pocket”. The Brussels Commercial Court first established that in light of this description there were a number of differences which precluded the signs from being perceived as identical. Hema does not use two but three curved lines in the pattern. Moreover, the lines do not meet exactly in the centre but more on the left side of the pocket.

Visual similarity, identical goods and reputation
The Court held that that though the marks might not be identical, the marks do show significant similarity given the high degree of visual similarity, the fact that the signs are used for identical goods and that the Belgian public is very familiar with the mark. In the Court’s view the stitching used by Hema creates a likelihood of confusion and therefore infringes the Arcuate mark.

Financial compensation
The court prohibits Hema from further using the sign and orders a total of €4,5 million ($5 million) in damages, based on 221,603 sold articles across the Benelux. Initially Levi’s had filed a damage claim of €50 ($60) per pair of jeans. The court however, lowered this to a total of €20 ($24) for each pair sold in the Benelux since 2015, finding this a more reasonable and proportionate amount given the financial circumstances of the case. Hema has to pay a €100 ($118) fine for every pair of jeans sold after the ruling of May 14 with a maximum of €4 million ($5 million).